Founded in 2003, the Black Widow Company is a classic gaming community with a military touch. We are highly structured with our own custom software to make organizing effective groups in game not just efficient, but fun at the same time. You will not find a gaming community out there with an engrained culture of organization and teamwork from top to bottom. 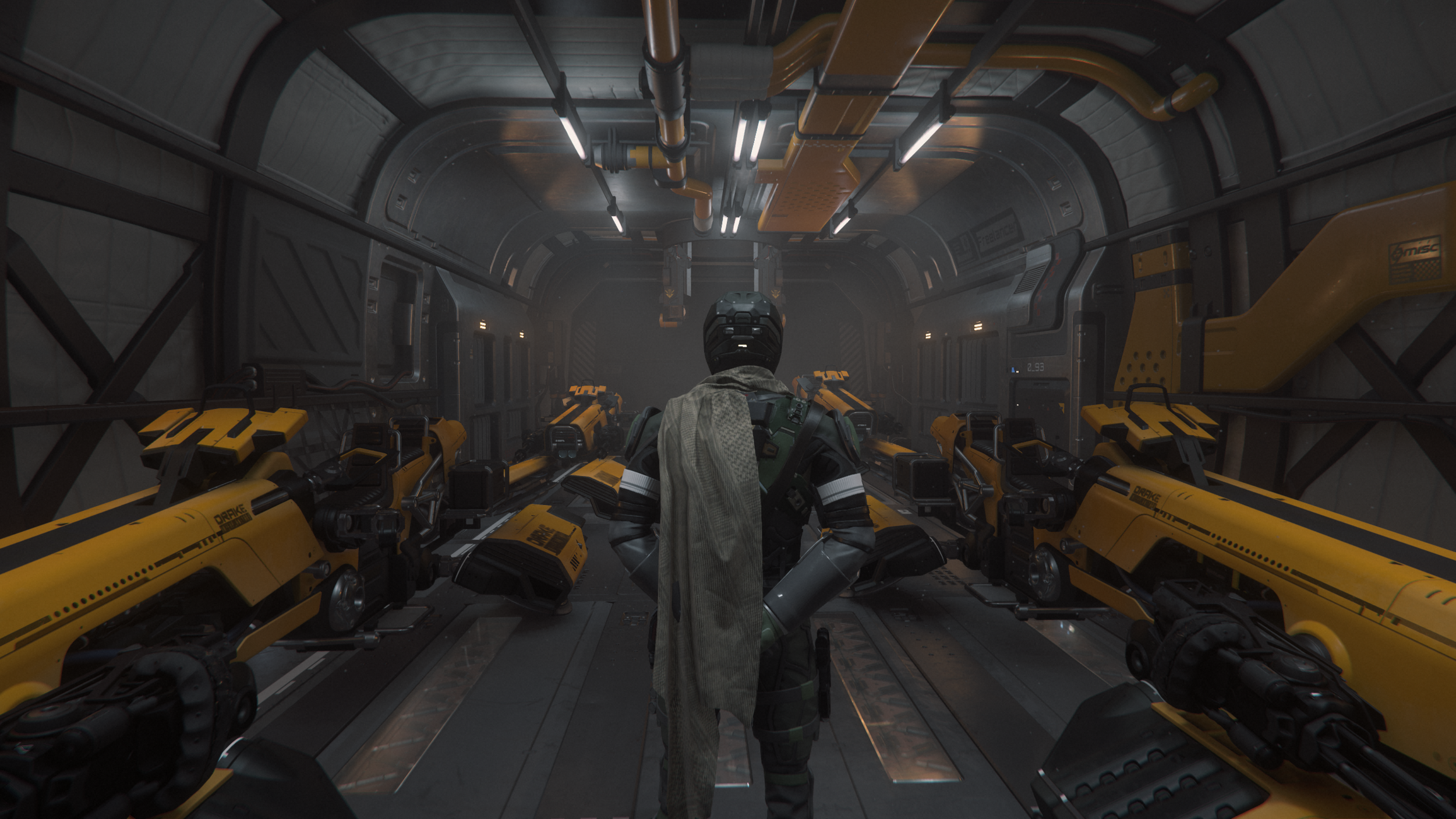 The Daymar Rally is a customary race amongst Star Citizen players. Taking place on Daymar, one of the three moons of the planet Crusader in the Stanton System, this 500+ km vehicle race tests players speed and fast-paced decision making skills. Teams of four choose between three divisions of vehicle types: BUGGIES, TRUCKS, and BIKES as they take part in a five-stage relay with the chances for the winners to come home with in-game spaceship sets.

Two hours prior to the start of the race is when the event really starts though. There are team briefings, setting up server units and getting Comms channels up and running. Being able to see so many people get together for such a high profile event is really inspiring to the gaming community and for Star Citizen itself.

The race itself is a major real-life time commitment too with each roughly 100km section stage potentially taking racers a couple of hours each. Not to mention the "clankly" moving mechanics of the vehicles themselves making maneuvering on the orange- desolate moon a difficult task.

Despite this however, our fellow BWC members: Fluffulupigas, Puma101, Samurai, Firefly and Nightstalker were able to put in a good effort for the showing. Maintaining 7th place until the last 99km of the race when their final Cyclone was unfortunately rendered inoperable and competing against over 700 other players worldwide- they have made us proud as a gaming company.

So, what was it like participating in the race itself?

(As a co-pilot) "I enjoyed the race. Something I always enjoyed and am good at is reading and piloting routes. And since we, more or less, were in this race blind; it was a challenge trying to find the routes. For the first 30-40 minutes my heart was racing as we had the lead with the guys that took overall 1st about 300 meters behind us."

(Captain/Driver) "Being sat on the start line with 20+ other teams, my heart rate did start to climb. Once we got the green light it was a relief- we were away and all I had to do was focus on getting us to the first checkpoint. Having the rest of the team there for support, giving directions, and keeping track of our position to them was great- it's a real sense of teamwork. It's why we play these team games."

What can we do moving forward as a team?

Security During the Race:

However, the Star Citizen gang is more than just a race team. We boost members specializing in virtually all aspects of game place SC has to offer as well as a constant flow of group operations to keep the game exciting and social. This includes another critical feature to this rally as well as what makes Star Citizen such an immersive and enthralled game.

Since the race takes place in an open world system- there is always the possibility of uninvited guests trying to join the fry. And this couldn't be more true as literal space pirates were a serious concern for the races. BWC members G-LOK and ItsUhMeUhMario joined in on the TRUCK server for security tag teaming with other gaming companies such as Fleet of the Faithful Knights (FFK) and AvengerOne.

"Trucks would be the longest racers in the rally because the vehicles are just slower than the buggies or the bikes. So for us, we had people coming in to attack right when we started. We had constant attacks against us for probably the first 2.5 hours of the race. It was non-stop dogfighting, it was great."

After the success and feedback from the previous race, our crew at BWC is already making preparations for more races in the future. Additionally, they intend to do more practice matches prior to races in order to hone their skills and teamwork and be able to come back to the Daymar Rally 2024 stronger than ever. 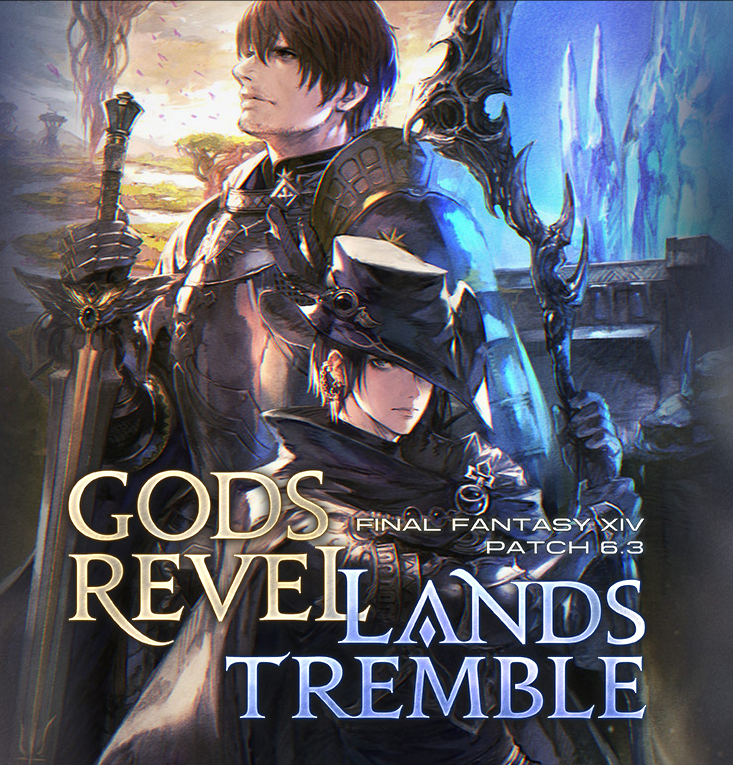 Players rejoice- the next patch to Final Fantasy XIV drops January 10, 2023. Following the previous patch, Patch 6.3 offers a continuation to the previous storyline of Endwalker. With this, there are additional raids, trials, and dungeons as well as an additional map for PVP. Not to mention, there will be various quality of life adjustments such as a reworking of the paladin class, more trust style duty support for Heavensward, and expansions to housing among many other changes coming.

New players or prospects? Final Fantasy XIV is free-to-play through the Heavensward expansion (level 60). This is literally dozens (if not hundreds) of hours of gameplay free to test out the waters for the game. With various classes, jobs, character customizations, and mounts/ minions, to name a few, there is endless content to enjoy. Not only that, but BWC boasts numerous player mentors and a strong community base to help you with any Q/A as well as help to guide you throughout the campaign. Come join us today. 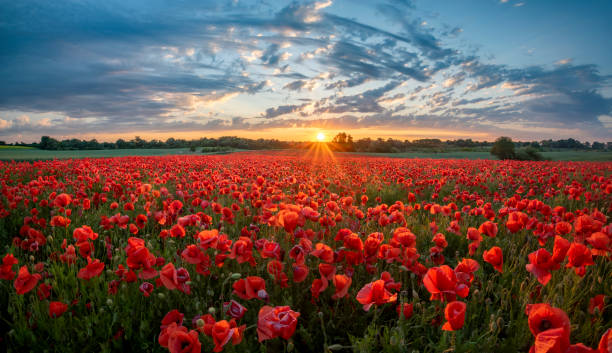 Brothers and Sisters of BWC, please join us in our celebration and remembrance of Veteran's Day, November 11th. On this day, we honor those who have risked their lives in order to protect their countries. Your sacrifices help to maintain the peace and order that we are able to enjoy today. Wherever you serve- we salute you.

Since our start in 2003, BWC has been rooted by military structure and organization stemming from our founders' own military veteran backgrounds. We take pride in our roots and what we have achieved in respect to each other and our service to our communities. In honor of this event, BWC will be hosting "Salute to Veterans Celebration 2022" starting 11/11 at 1100 all weekend long. Please join us in this celebration and of course to our fellow veterans: Thank you for your service.


Steaks, shrimp, and buttered corn on the grill. Tubes and twelvers floating on a lazy river.
Popping someone's dome in PS2 and then eating some popcorn while a cult classic movie with your buds from BWC.
Wait, what?
That's right, it's Summer Bash! That once-a-year celebration of bad tan lines, putting virtual rounds down range, and social events galore.
This year, BWC's Summer Bash will kick off at 2100 on Friday, August 26th and go through until 2300 Sunday, August 28th; opserv time, of course.
The various teams behind our gaming companies have put together a slew of in-game ops, social events including movies and f2p games, and some intoxi-ops (so get your blenders and margarita mixes ready).
So, hide your kids, lock up your spouse, and get ready to game, laugh, cry, and earn some shinies the last weekend of August!

SC RANGER, GETTING IT DONE


A man walks through the chaos of a recent gunfight. He's wearing mismatched armor spray-painted with pink symbols that when looked at from afar, form a 9. He looks around at the handywork of his crew: bodies strewn about, some still in the positions they were in at their desks. Smiling he checks his rifle to see how many rounds he has left, and then feels a slight punch in his chest and blood starts trickling through down his armor. Weird, he thinks to himself, that wasn't there a second ago.

And then the chaos erupts again, but this time, forms in heavy black and red armor erupt from positions of concealment, rifle's barking, muzzles flashing, and pink-armored gang members falling all around him.

As he falls and his vision dims, he remembers that he had heard of this group: The Rangers of Black Widow Company. Ultraviolence is their playground.

Task Force Ranger has been around in some iteration or another since BWC was active in the original Planetside. Created by then Legionnaire Optimus Prime, the focus of the group was, and still continues to be, assault embedded enemies with overwhelming force. From air assaults with C4 on sunderers to zero-gravity sniper missions on 890 Jumps the Taskforce has carried its mission and traditions through multiple games with the same mindset.

At its depths, Ranger is more than a pile of bloodthirsty kill junkies. It's current OIC, Nightstalker states that members “rely on the people around you more, it's not about who has the best ship, shields, or weapons.” To him, and the many who have joined the taskforce, the appeal is the team aspect. This is driven home in the trainings and field exercises, in which communications and maneuvers are all about what a person is doing as a part of the team. But at the end of the day, it's also about the objective, as Zinthous points out, “I enjoy the team-building and moving through enemies [as] effectively as possible.”


For some members, both older and newer, the appeal is building BWC's presence in Star Citizen to match our reputation from the Planetside days. When asked how he saw the Taskforce growing in Star Citizen to support the broader BWC mission, Firefly, the current 2IC of the Company stated, “Carrying the legacy of elite FPS gameplay into the 30th Century.” Obsane, a longstanding BWC member who is an applicant to TF Ranger mirrors the sentiment, “Prepare, adapt, overcome. Make them remember our name. Pew-pew makes people QQ.”

To some, the value of being part of a long-standing tradition is paramount. Archangel, when asked about those traditions said, “BWC has a long history and to have callbacks within the community like this gives a sense of prestige.” He also points out that even some trainings like “Minuteman” are steeped in tradition and give a sense of legacy.

Some members just want a way to contribute and find that their skillsets lend more to FPS combat than Dogfighting. MikeyJRambo, a member who joined in the latest iteration makes it clear that he doesn't feel he is a good pilot, but still wanted a way to contribute and joined as the initial crop of Star Citizen TF Ranger inductees. Some of his first missions were during the initial rollout of the Jumptown event which saw very heavy fighting.

When asked about their experiences in TF Ranger, one member talked about the recent Siege of Orison event where two fireteams were able to clear multiple buildings and be systematic in their prosecution of the objective. He explained how their ability to be fluid in approach allowed them to collapse, push, or assist each other at a moment's notice. Others brought up funny anecdotes like a time a member had a high crimestat and was being pursued by a bounty hunter. The hunter kept getting killed by the team and kept coming back with progressively larger ships. Finally, the bounty hunter brought a large bomber and dropped 3 of its payload, ultimately killing everyone but the person that had the crimestat. When asked about a story, one member simply said, “Don't let Samurai fly...”

I, myself, am a shielded member of TF Ranger and my experiences harken back to the Planetside 2 days. All these sentiments ring true with me. Yes, I am a kill junky, and yes, I feel a sense of pride and prestige in carrying on a legacy in videogames more than a decade old. Our sense of reliance on each other is indescribable. Knowing that when someone is next to me in an assault, I know that we are going to win. I know that whatever hostage we need to rescue, whatever target we need to eliminate, whatever package we need to deliver, whatever it is, we are going to win. And to me, winning is why I joined Ranger.